All Collections
Manuals, Tutorials, How to... FAQ's
FAQ's Frequently Asked Questions
How to Share Menus and Toolbars between different Users (Mac OS X)

The user should create a new customization xml-file. This can be done via the pull-down menu Tools-->Customize Interface... (Command CUSTOMIZE).

In this new customization the user can create new toolbars and save them in a separate XML customization. See also the attached images Add_New_Customization.png and Add_New_Toolbar.png

The resulting path of the new user xml customization file is displayed in the dialog before the creation. By default it is saved under Users/[Current user]/Library/Preferences/ARES Commander Edition/x.x.xxx/UI . The user can copy the xml-file into the other users folder Users/[user XY]/Library/Preferences/ARES Commander Edition/x.x.xxx/UI .

An Additional Note:
When you had created new customization file, you have to selected it as Source again, so that your new toolbars are saved into this new xml-file.

Then the new user can load the new customization via the LOADCUSTOMIZATION command in the CAD application and add it to its current loaded customization files.

Note:
Copy and Paste of existing toolbars between two customization files is not possible at the moment. You have to create the toolbar or menu entries for each customization xml separately. 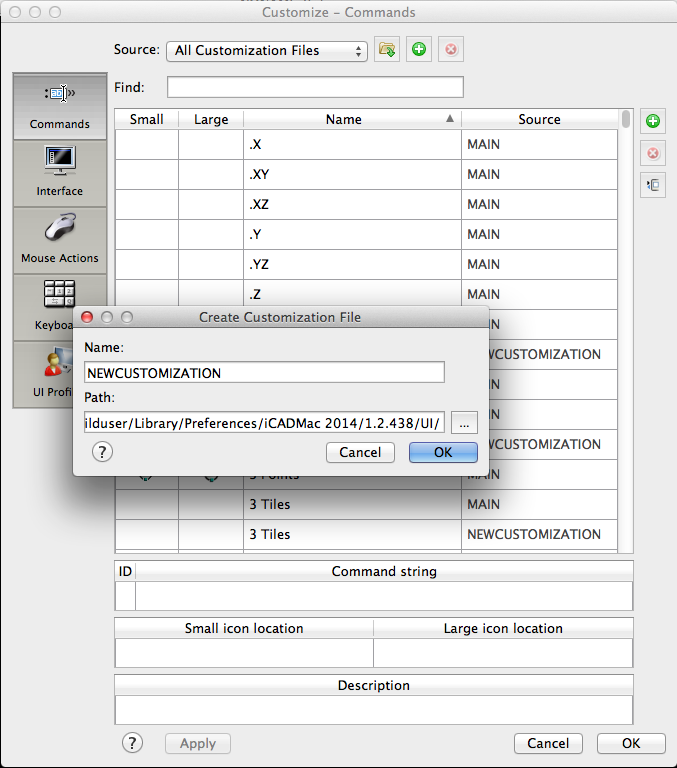 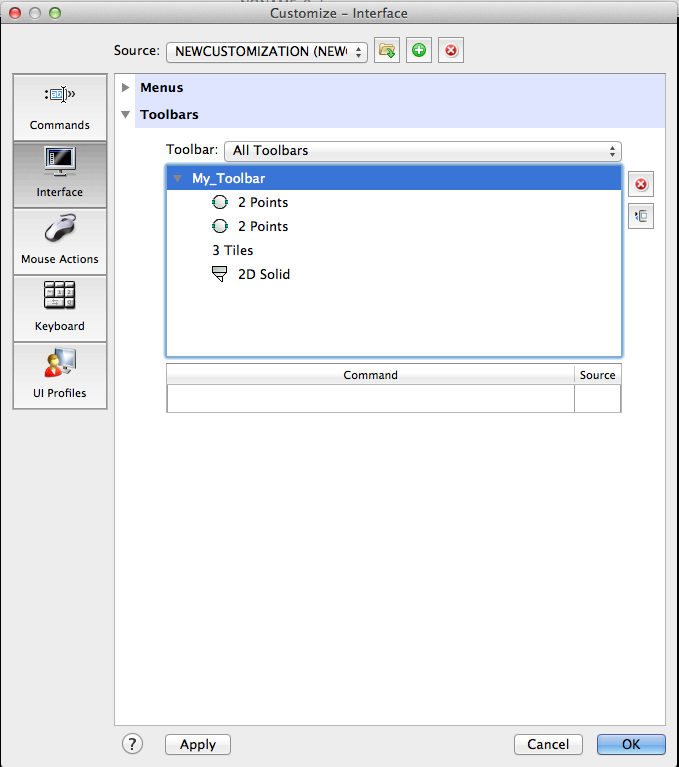 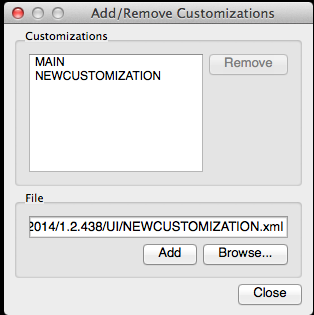